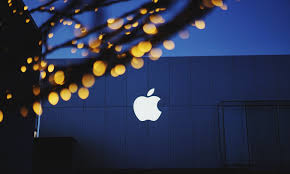 The Wall Street Journal yesterday reported a shake-up at Apple (http://online.wsj.com/article/SB10001424052970204840504578089102411834238.html?KEYWORDS=Apple+Shake-up+signals+Tim+Cook+era) with several executives leaving the organization. The article reported that some of those leaving, e.g., Mr. Forstall, the head of mobile software, had irreconcilable differences with other employees, to the point of not even talking to each other on projects that required their joint inputs. The Wall Street Journal reported “Messrs. Ive [head of hardware design] and Forstall clashed so severely in recent years that they avoided being in the same room together… ‘They didn’t cooperate at any level,’ one of the people close to the matter said. ‘They always let Steve decide.’” This highlights a key challenge for organizations that are highly centralized behind an iconic leader, as was the case for Apple, until recently. How does one manage the transition in leadership that inevitably must come?

Before we go there, let us describe the nature of such brands which we call leadership brands. Leadership brands are brands that are built around the ideals and aspirations of the leader, who is also often the founder of the company. Such leaders are often dictatorial and hands on, making every critical decision themselves. Whether they are right or wrong, strong leaders, like Steve Jobs, bring with them strong personalities that distinguish them apart from the competition and it is also their strong personalities that attract like-minded employees and intrigue the consumers of their brand.

When the leader around whom the leadership brand is constructed steps aside, the brand and the organization loses its soul and identity, pushing it in to turbulent times, as has happened with Apple, with the death of Mr. Jobs last year. As the Wall Street Journal reported, Apple’s shares have slipped by over a $100 since its highs in September 2011. So what should a firm with a leadership brand, like Apple, do and how does it fit with Mr. Cook shake-up?

Our reading of the Wall Street Journal article suggests that Mr. Cook is trying to transition Apple towards becoming a team brand. Team brands are brands where the company’s structure, culture, and decision making process are distributed and employees help shape the identity of the brand. The employees act as a collective to convey the brand’s ideals and visions to the stakeholders outside, including the consumers. In team brands, as the “middlemen,” employees can have their values move upward to the management and influence the brand identity from within, and can have their values move downward to engage the consumers and influence the brand identity on the outside.

What is Mr. Cook doing? Mr. Cook is elevating (or in one case bringing back from retirement) those who have a strong history with Apple (and thus carry the core values of Apple with them), are seen as more even keeled and mature, and are at the same time widely respected in their teams for their capabilities. He is giving them autonomy, empowering them to run their own groups. In time, this has the potential to successfully transition Apple from being a leadership brand to a team brand, as it begins the process of engaging the employees more in decision making and start the two-way flow of communication and consensus building that is crucial for a team brand. If it is successful, it will be good for Apple as team brands are fundamentally more resilient and more sustainable in the long run.

Previous PostBack to focus, focus, focus!
Next PostBP’s dilemma: In uncertain emerging markets, is it better to partner with the private sector or the state?